I have four kids, all 10 and under. My youngest is one year old, so that translates to an early bedtime for most of the household. Early bedtime is for a few reasons. kids need plenty of sleep. if you want to have a pleasant following day, you have to get your kids to bed at a reasonable hour so they get in the requisite number of hours, even after their hour plus of delays, whining and overall trying to get away with staying up. Also factor in the middle of the night wake ups that are typical with kids. Even when they are healthy, our kids seem to tag team and take turns waking up for inexplicable reasons and need a little comfort from their parents. Nightmares, not quite awake enough to find the bathroom, etc. You get the picture. 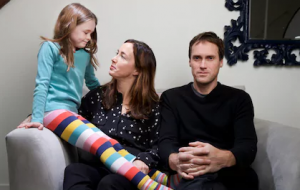 An early bed is also to allow parents at least some time without kids to either have a little quality time or get a few things done around the house that you just can’t do with kids.

Every set of parents has their own ideas on this though. Some parents like to let their kids stay up later so they will perhaps sleep more soundly through the night and sleep in mornings. That doesn’t work with our kids. Staying up late just means cranky kids. We recognize other practices of parents though and don’t let our early rising kids go bug other homes until late enough that everyone is up. Some weekends this is worse than waiting to open presents and Christmas for our kids, but they know the rules.

Why is it that other people cannot figure out that our kids are in bed and that calling at a late hour is going to mess up our nice, planned routine? Sometimes it is people without kids that I figure they don’t have a clue, but other times these are people with kids, young kids even that seem to have forgotten that when you dial a number it makes a particularly loud noise on the other end of the line. Are they really that clueless, or do they just not care?
Guess what? When you wake up a one-year-old after she has slept for an hour or so, she thinks what should have been a full night of sleep was really just a nap, and now I am ready to play for a few hours! More than once I have been tempted to take my now crying and awake child to their doorstep and invite myself in for the next few hours so the caller can enjoy my situation they have created.

There are some people we know that understand our schedule and don’t call after 8:30 or so unless it is an emergency of course. Also, I have done business at late hours with people and have arranged for late calls – with advanced notice I can turn the ringers down or have the conversation on a mobile phone that I can silence the ringer on. I really just view this as a common courtesy. We have actually had the “how late to call is ok” discussion with most of our closest friends, and we know how late we can call them and vice versa. There are others that I have yet to train.

I am pretty straightforward with those that are continual abusers or those that choose to call particularly late. On more than one occasion I have had someone call as late as 9:30 or 10 asking for my wife – and knowing the call isn’t that important – I have informed them that she has already retired for the evening, can this wait until the morning.

I have heard of many families that just turn their phone ringers off after their “acceptable” time, but there are a number of reasons why I don’t do that. First, I don’t think I should have to. People should have some common sense and respect for the time of others. Second, I have a mother with various medical conditions that I need to be available for emergency calls, which has happened on a number of occasions in the past. Third, did I mention I don’t think I should have to? 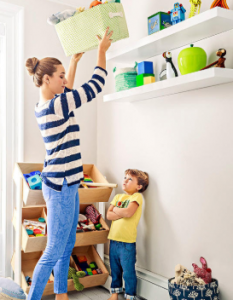 How about the wrong numbers in the wee hours of the night? I have had this happen countless times. Usually, it is some teenage or college kid dialing their significant other for a late night chat. Word to the wise, if you are going to make a call at that time of night, either use speed dial or take the time to dial the right number. Tip: turn on the light when you dial, makes it a lot easier.

There are a few select people I am thinking of that call us late with a regularity that just can’t seem to get the message. Of course, I haven’t been so direct as to ask them not to call late again, my wife pokes me and tells me not to be rude when she can see a small tirade coming. I just bite my tongue and let it go on.

I once heard of someone that worked a very early shift at work and would get very upset when others would call in the late evening after he had gone to bed. He figured out a simple way to curb this situation. He would let people leave a message and return the call before he would go to work…at 4 am. When people would get upset, he would simply remind them that they had called during their convenient time which was during his sleep, so he was doing the same. People wised up pretty fast and the situation was resolved.

I am sure I will just keep dealing with the situation as I have, racing for the phone when it rings at late hours rather than being blunt. Perhaps I can invite them to check out my blog and let them happen upon this post. I might actually enjoy seeing them the next time to see if they got the message!