A large black bear broke into a home near Cimarron Tuesday night and scratched an elderly, bedridden woman. A bear believed to have been the attacker was found and killed by wildlife officers the next morning. 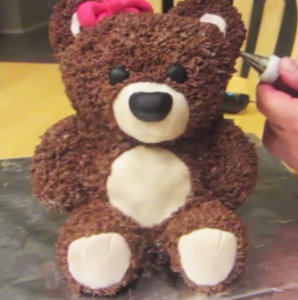 It was the second time in less than two weeks the New Mexico Department of Game and Fish handled a report of a bear entering a home in the area.

The 82-year-old woman involved in Tuesday’s incident suffered only minor injuries — a scratch to the nose and a couple scratches to the forehead — in the incident that occurred at her home a little more than two miles north of Cimarron, according to Game and Fish.

The injuries were “pretty minimal for what happened,” said Clint Henson, a Game and Fish officer with the department’s Raton-based northeast region office. Henson said the woman, who asked authorities to not identify her, did not have the ability to provide many details of what happened Tuesday night, but confirmed a bear had been in her bedroom, where the light was on at the time. Henson said officials believe the bear may have climbed onto the bed and then scratched the woman and left when she tried to push it off.

Henson said officers found the home’s screen door — which was latched Tuesday night with only a small hook-and-eye mechanism — ripped away from its frame. The main door was open at the time the bear is believed to have come in. He said claw marks on the screen door indicated a bear pulled it away from the top of the door. He said it would have taken a bear of significant size to reach the top of the door and pull it as indicated by the claw marks.

Using hounds to try to track the culprit bear, members of the tracking team found a large male bear — fitting what officials believed to be the description of the bear they were looking for — around mid-morning Wednesday, about a quarter mile to a half mile from the woman’s house and killed it. Henson said a shot was fired at it when it was spotted and the bear then climbed up a tree, where it was when a fatal shot was fired into it.

“This was a huge bear” of likely more than 400 pounds, Henson said, adding that bears such as this one — believed to have gone into a home — are usually killed to eliminate further danger to people.

“That crosses the line,” Henson said, “when they feel comfortable enough to come into a house.”

The bear was taken to a veterinarian diagnostic center in Albuquerque to be tested for rabies and where wildlife officials hoped DNA testing could possibly be used to match the bear to DNA found at the site of Tuesday’s incident.

According to Game and Fish, the injured woman’s housekeeper/caretaker was in the house Tuesday at the time the bear is believed to have entered, but was in another room and did not see or hear the bear. There was also a dog in the house that didn’t alert to the bear.

Later, at about 10 p.m., the housekeeper/caretaker closed the doors to the house — apparently not noticing how significantly the screen door had been damaged, Henson said — and checked on the woman, finding the scratches and putting simple bandages on them. Game and Fish officials were not called until the seriousness of the event was realized early Wednesday morning, according to Henson.

The scent-sniffing hounds were provided by Springer’s Hap Blacksten and the dogs began circling the woman’s house, eventually picking up a scent that led them to the bear.

Normally, food smells entice bears into camps or homes, according to Game and Fish, but there was no food in the woman’s bedroom at the time of the incident.

Ten days earlier, a family in their northeast Raton home awoke to a black bear in their kitchen. The bear ate a birthday cake that was on a table and was getting a drink at the sink when Drey Solano went to investigate sounds in the kitchen and found the bear.

Solano told Game and Fish officers he went to get his pistol and told his kids to go in his bedroom with their mother Jill. When he returned to the kitchen, Solano said, the bear went out the door, but then came back twice during the night only to find the doors locked. Earlier, the bear found access to the house because the family had left some doors and windows open for cool air. 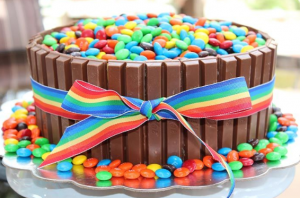 Game and Fish set up a trap at the home following the incident. The bear was caught and killed Wednesday, Henson said.

Solano told officials he was unsure if he would get into trouble if he had shot the bear. Game and Fish regulations say that people can kill a bear without a license if it has killed domestic livestock or presents an immediate threat to human life or property. Any person taking such action must report the incident to Game and Fish within 24 hours.

For information about bears and other New Mexico wildlife, contact the state Department of Game and Fish at (888) 248-6866 or at its northeast region office at 445-2311. Information from the department is also available at www.wildlife.state.nm.us.