What happened to growing old gracefully?

There is an epidemic out there of plastic surgeries. In one year the American Society of Plastic Surgeons (ASPS) reported that people had spent over 8.4 billion dollars on cosmetic surgeries. Enough to run many a country. This figure I’m sure included surgeries that were needed for disfigurements due to accidents, etc. BUT the most common procedure listed was Botox injections so my guess it wasn’t a huge percentage of surgeries being done to help the disfigured. Unless you think of crow’s feet as a disfigurement! Ok, the stats being said”¦now my take on all this”¦ 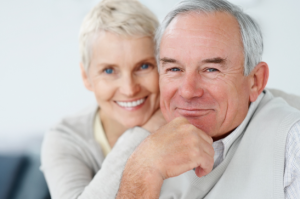 First, do some of these women and yes MOST plastic surgery is being done on women”¦ever LOOK at themselves in a mirror after? Unless their goal was to look like The Joker from Batman I would think they couldn’t possibly think their frozen face (thus the name PLASTIC surgery), oddly swollen lips and emotionless expression makes them look younger. I have seen some older actresses on TV who I honestly didn’t’ even know until they said their name”¦. Olivia Newton-John comes to mind. How sad they feel society has told them that looking one’s age (if over 25) is something to be ashamed of. That their beauty from within that they have acquired thru living a life filled with family, friends, sadness, joy, laughter, and tears has to be acid peeled, botoxed, stretched out, clipped off, plumped up or filled in. I can remember looking into my grandmother’s face as a young child and seeing her life etched into it”¦.she had the best sense of humor and each laugh showed, we lived at the beach during the summers sharing one bottle of Coppertone between us and all those summers were there on her face”¦her hands were weathered like driftwood that took a water journey unknown before landing on a beach to be found and collected by a child”¦her grey hair framed her face like clouds softening her shallow cheeks that still moved when she smiled. I looked into that face and saw a realness”¦a lifetime”¦my future. She had made a journey called life and wore it well. 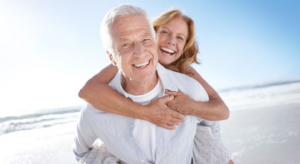 What do these fake plastic faces show the young children of today? That youth is all that matters”¦at any cost. Count me out”¦I like looking into the mirror and seeing my grandmother smiling back at me”¦.